Morning star symbolism appears in multiple cultures as a sign of new beginnings. It reminds us to have hope as it is guiding you toward a new day. 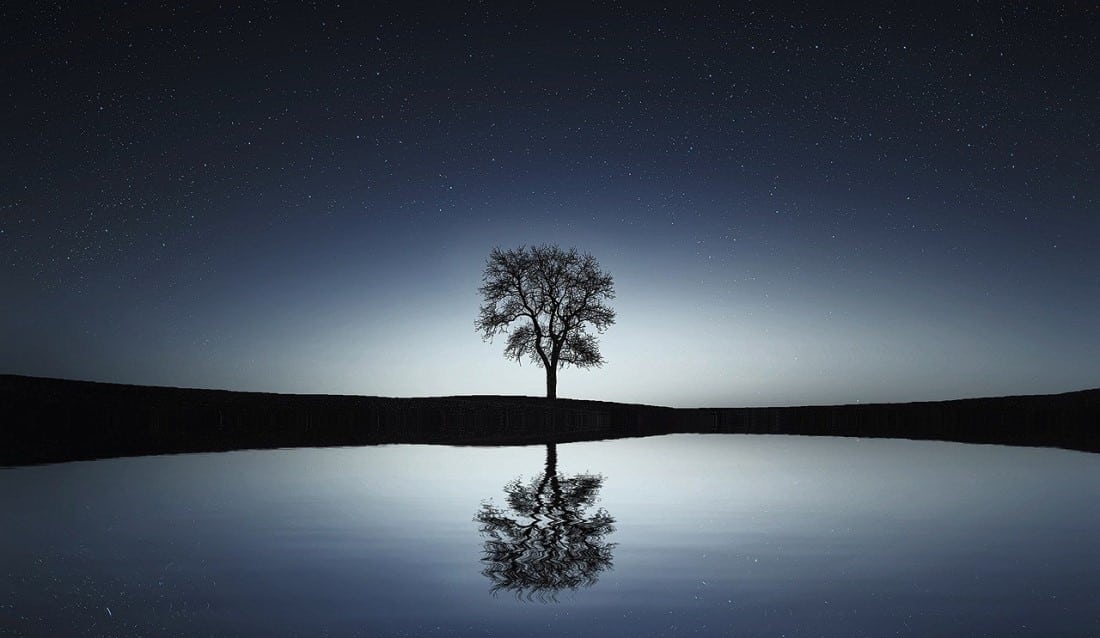 The Morning Star is the brightest star at dawn. It is the brightest object in the sky after the Sun and the Moon. This star is actually the planet Venus. Symbolism of the morning star, as we know it today, comes from Native American culture.

Seeing the star in the morning can have multiple different spiritual meanings, depending on the context in which it’s seen. Below are some of the most common interpretations.

What does a Morning Star Symbolize?

The morning star is the brightest star in the sky. For that reason, people used it for navigation.

It is a symbol of hope because it brings travelers to a safe harbor. In this sense, it is a symbol that reminds us to keep on the right path.

But it also appears around the same time as sunrise, and the sunrise symbolizes hope. Most things that appear in the morning will remind us of the hope that occurs when a new day arises and the darkness is behind us.

Dawn, when the morning star rises, is one of the quietest, most peaceful, and harmonious times of the day.

When we wake up during these hours, we can receive the harmony of the dawn.

It is the star that gives harmony to the morning. It stimulates the little birds to sing and the plants to open their leaves to the sun.

That is why this star is a symbol of the harmony that exists in the universe and in nature.

The morning star is a symbol of the ancestors in Native American cultures. They link the symbolism of this star to their elders, past spirits, and ancestors.

Many native Americans believe that each star is an ancestor above watching over us. Ancestors, in Native American culture, are the spiritual guides that light us the way.

Native Americans honor their ancestors because they represent wisdom.

People who lie on the grass and look up at the star in the morning will often take the moment to reflect on what messages their ancestors might send them. They may also use this moment to think about how they can live up to the ancestors’ expectations.

Many cultures have seen light as a symbol of knowledge of oneself and the universe. It’s a symbol of wisdom and clarity.

Those who have light within themselves are the wise.

The morning star symbolizes the arrival of that wisdom, especially when you dream of it. This light awakens the sleeping, gives clarity to the confused, and eliminates ignorance.

5. Connection to Nature and Fertility

The morning star is a symbol of a new day. For that reason, it also represents a connection to nature and its cycles.

The Native Americans had rituals associated with this star. The purpose was to bring prosperity to their crops.

And since this star is the planet Venus, it also has a link to fertility. Venus is the goddess of love, beauty, fertility, and femininity.

Thus, some people believe that you will dream of the morning star when you are at a time in your own cycle where you can get pregnant.

This four-pointed star also represents a cross. The cross is a universal symbol of balance.

It represents the union of opposites. It’s the bond between the material and spiritual worlds.

Thus, those who see the morning star might use it as a time to reflect on how to achieve personal balance, balance with a partner of the opposite gender, and even balance with nature.

You may feel out of balance at the present time and need to journal about how to achieve balance in your life.

Christians may also interpret the cross as a symbol of redemption and the spiritual path every soul has to walk.

As a cross, this star also has special symbolism to Christians. If you identify as a Christian, you might see this star as a sign of God’s grace in providing you with redemption.

A dream about the morning star could be seen by Christians as sign from God to continue down the path toward redemption and a Christian life.

The morning star appears at the beginning of each day. In this context, this star could represent new beginnings, renewal, and new opportunities.

This star reminds us that each day is an opportunity to start again. It’s an invitation to let go of the past and keep going.

Forgive yourself for the mistakes of yesterday and put all of your effort into being your best self from today onwards.

The Meaning of the Morning Star in Dreams

A star in the morning may appear in your dreams as a symbol. Depending on each dream, the meaning will vary. This star is a very spiritual symbol.

Below are some common interpretations:

The Meaning of the Morning Star in Christianity

The morning star appears in different parts of the Bible.

It’s a symbol of Lucifer, the Seraphin who fell from heaven. The morning star, in this context, appears in Isaiah 14:12:

“How you have fallen from heaven, morning star, son of the dawn! You have been cast down to the earth, you who once laid low the nations!”.

It also represents Christ, who brings light to the Earth. It appears in the Bible in Apocalypse 22:16:

“I Jesus have sent my angel, to testify to you these things in the churches. I am the root and stock of David, the bright and morning star”.

Generally, most Christians predominantly see this star in the second context. Christians will see it as a sign of God, especially because it’s a cross, which reminds them of Jesus.

Symbolism in Ancient Greece and Rome

In Greece, the personification of the morning star is the god Phosphorus, the bringer of light.

You will often see Phosphorus drawn as a character bearing a torch to show how he carries light to the world.

The Latin translation of Phosphorus is “Lucifer”, who is the son of Aurora, the goddess of dawn.

The Indigenous people of the Great Plains see the morning star as a symbol of courage and purity of spirit.

In the Ghost Dance religion, the star represents the renewal of tradition.

The Pawnee tribe also used this symbol in their rituals, such as the Morning Star Ceremony. They believe that this ceremony had an impact on agriculture.

In this ritual, they sacrificed a young girl that represented the Evening Star. She had to be brought back to her husband, the morning star. She was not seen as a victim, but as a messenger.

This ritual meant the reunification of the morning and the evening star. They believe it caused the renewal of crops, and all growing things on Earth.

The Symbolism of the Morning Star in Ancient Cultures

There are many cultures that personified the morning star with deities. They were often associated with light.

For instance, the Egyptians called “morning star” to the god Shu (which means “Light”). Some researchers link the Germanic god Aurvandill with the first star of the morning . The Aztecs called the brightest star of the morning “Tlahuizcalpantecuhtli” (“The Lord of the dawn”), which is a personification of Quetzalcóatl.

The Spiritual Meaning of the Morning Star

The morning star appears in many spiritual cultures all over the world. It’s a spiritual symbol of light, new beginnings, and hope.

The star in the morning is a symbol of guidance. Spiritually, this star represents the spiritual guides that show us the way. It’s a similar symbol as that of ancestors, who are guides in Native American culture.

The morning star is also a symbol of protection. Wear this symbol as a necklace or place it around your house. It will help you to remember that there is always a light that will guide you in your path.

The morning star has a powerful meaning. It represents the connection between the spiritual plane and the physical world. It’s also a symbol of spiritual guidance and protection. It reminds us of the importance of connecting with spirituality.

But most prominently, it’s a sign of new beginnings and a new day. See it as a positive sign to put behind the negatives of the past and put all of your energy into the hope and promise of a new day to come.