Horses are one of the most important symbols of freedom. They like to be free and wander about where they want.

Riding a horse represents having this freedom for yourself, too. 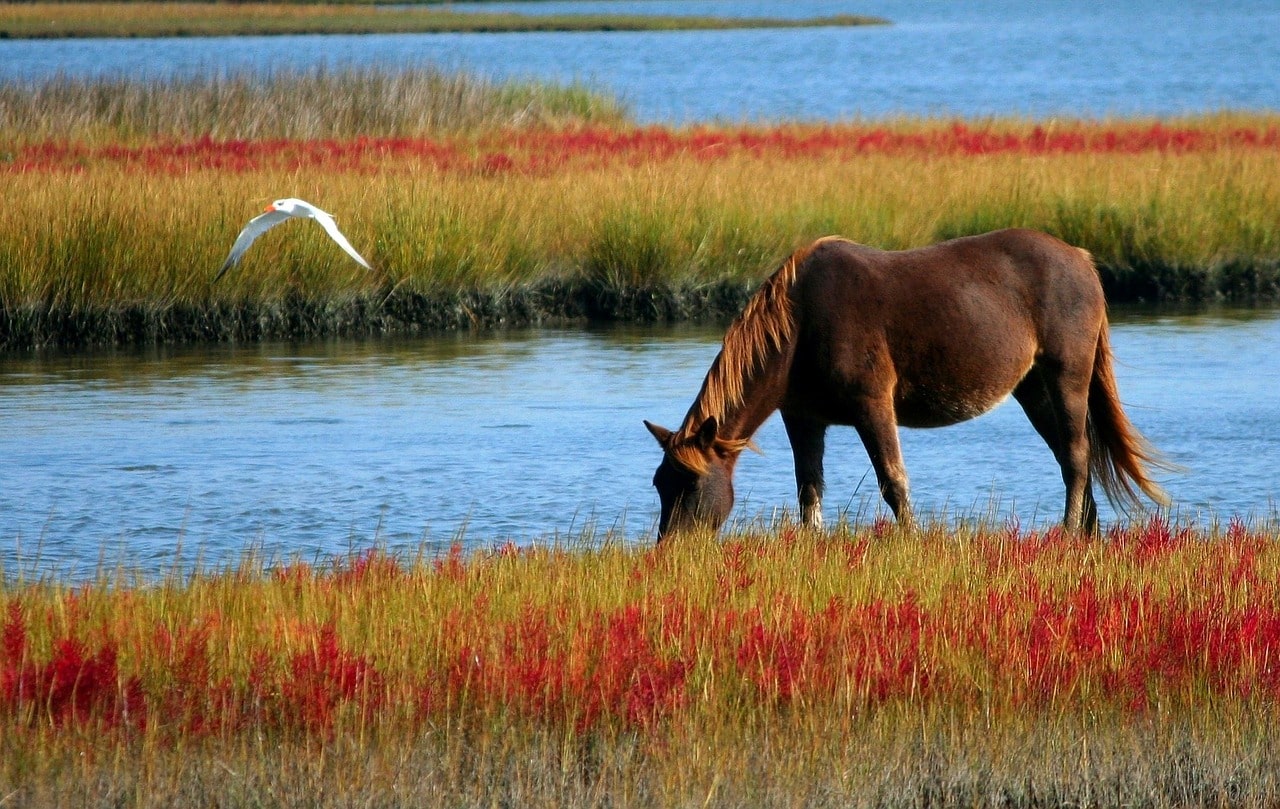 In the Middle Ages, horses were only used by the upper classes because they represented royalty and nobleness. They’re also a powerful symbol of strength, independence, endurance, and even power.

What do Horses Symbolize?

Freedom is one of the first things we think about when it comes to horse symbolism. When horses were not yet tamed by humans, they liked to roam around and wander freely, without any restrictions.

Their galloping runs allowed them to stay ahead of other animals and survive with freedom.

It was only around 3000 BC when people started to domesticate horses. Back then, horses were seen as a sign of luxury. Today, horses are present all around the world in captivity. Many people ride horses to wander away and be free. This feeling of freedom is helpful if you need to get away from the restraints of modern life and free your soul.

In the Middle Ages, horses were treated almost like nobility. Royal families used to have large stables where knights would pick their own horses. Some would even argue that horses counted more for the royal classes than the peasants.

This noble species has always been highly respected. Firstly, because of its elegant appearance which just oozes class. And secondly, this animal has many uses for humans – back then, it was a status symbol. Soon, it became a working animal while today, horse owners are proud of their beautiful specimens.

The term “workhorse” comes from the 18th century, back when horses were mainly used for work and for transportation. Instead of cars and machinery, horses were used as a primary means of travel. The highest running speed of horses is somewhere around 88 km/h – which roughly translates to 55 miles per hour.

Also, we know that “horsepower” is a measure that’s used to measure the power of a vehicle or a machine. This term came from somewhere around the 19th century when horses were still used as workhorses. This just goes to show that horses have always been a symbol of strength and power.

There’s almost a feeling of bravado and machoism when it comes to horses. Their muscular bodies and elegant but strong appearance earns them many sympathies.

Not only are these animals powerful, but they’re also durable. They have the capacity to travel and run for miles on end, and at times, even for days without stopping. Before these animals were replaced by cars, they were the ultimate animal for long journeys.

All of the above-mentioned symbolic meanings are also closely tied to fertility. These animals like to breed when they are given the chance.

Usually, the male horse will try and seduce the female. So this symbolic meaning can also be tied closely to masculine energy and the ability to find beautiful women.

Other animals that symbolize fertility are frogs and bulls.

Horses also carry an interesting symbolism that’s been present for centuries now. Thousands of years ago, horses were wild animals.

They roamed around and were normally too powerful and too fast for humans to domesticate them. But when that happened, some of that raw instinct was lost, and they became more used to human company.

Sometimes, you can still see that instinct with horses, even today. But as they got domesticated and tamed, their raw instincts got lost.

This symbolism can have some important meanings to you if you have the horse as your spirit animal. It shows you how to balance your raw instincts, primal ones, with your tamed part of your personality. Everyone has those primal instincts and urges, but it’s important to control them so they don’t get out of hand.

Those with the horse totem animal like to live independently, just like horses do (but they can’t).

But riding a horse can be symbolic of tapping into your freedom and exploring the independent part of yourself. Before they were domesticated, they were free and not endangered by many other species, too.

Brown horses are a more common type of horse. Brown horse symbolism is usually closely tied to the meanings of passion and a fiery character.

They’re also symbolic of energy. Brown horses will inspire you to become more energetic in your life, and in your pursuit of your goals. They also encourage you to show your passion when it comes to things in life that you value highly.

What does the horse spirit animal bring to you?

Firstly, it encourages you to gallop into your freedom and stop being confined. This especially goes for your inner freedom within your soul. The horse spirit animal can help you overcome some limitations that you might have internally.

The horse spirit animal also grants you the power and the confidence to deal with difficult days in your life. We all have those, but it’s the people who cope with them well that normally come out on top.

The horse is also a great teacher of the Air element, but also helps you find balance in your life. You need to look for balance between your raw character and your tamed character.

Those with the horse totem animal have the freedom to express their true feelings and to be creative when they can. This may help them use their creativity for work and for pleasure.

The horse totem animal is also a very powerful one. It oozes power and strength, and those who have it have the strength and the endurance to jump over the hurdles in life with ease. It allows you to have razer-sharp focus when you need it to achieve something of great importance.

This totem animal is also crucial for those who want to get stronger both mentally and physically. It shows them how to unleash their true potential and improve their lives.

What does a horse in dreams mean?

A dream about a horse can symbolize the following things:

Interestingly, it’s more common for women to have a dream about horses. If that’s the case for you, it might mean that you’re lookin for some masculine energy in your life.

On the other hand, the negative meaning about seeing a horse in your dreams is that you’re feeling constricted and that you might want some more freedom in your life.

A horse is an exceptional and beautiful animal that’s been around for millions of years. For the majority of their existence, they were free. We domesticated them at around year 4000BC.

Since then, horses became largely symbolic. We know them as symbols of strength, power, freedom, independence, as well as fertility. You can look to horse symbolism and to the horse spirit animal for inspirations in these areas.