What is Symbolism? (Ultimate Guide)

Symbolism is the cultural process of using one thing (a symbol) to represent another thing.

We often use words, objects, animals, colors, locations, and other things as symbols.

The meanings we give to symbols are not always natural or obvious. Rather, the meanings emerge from collective cultural agreement that the symbol has an associated meaning.

Key Points in this Article:

Examples of Symbolism in Society

Society uses symbolism to communicate ideas all the time. Without symbols, we would find it very difficult to communicate everything from simple instructions to complex literary texts.

Here are some simple examples of symbolism in society. 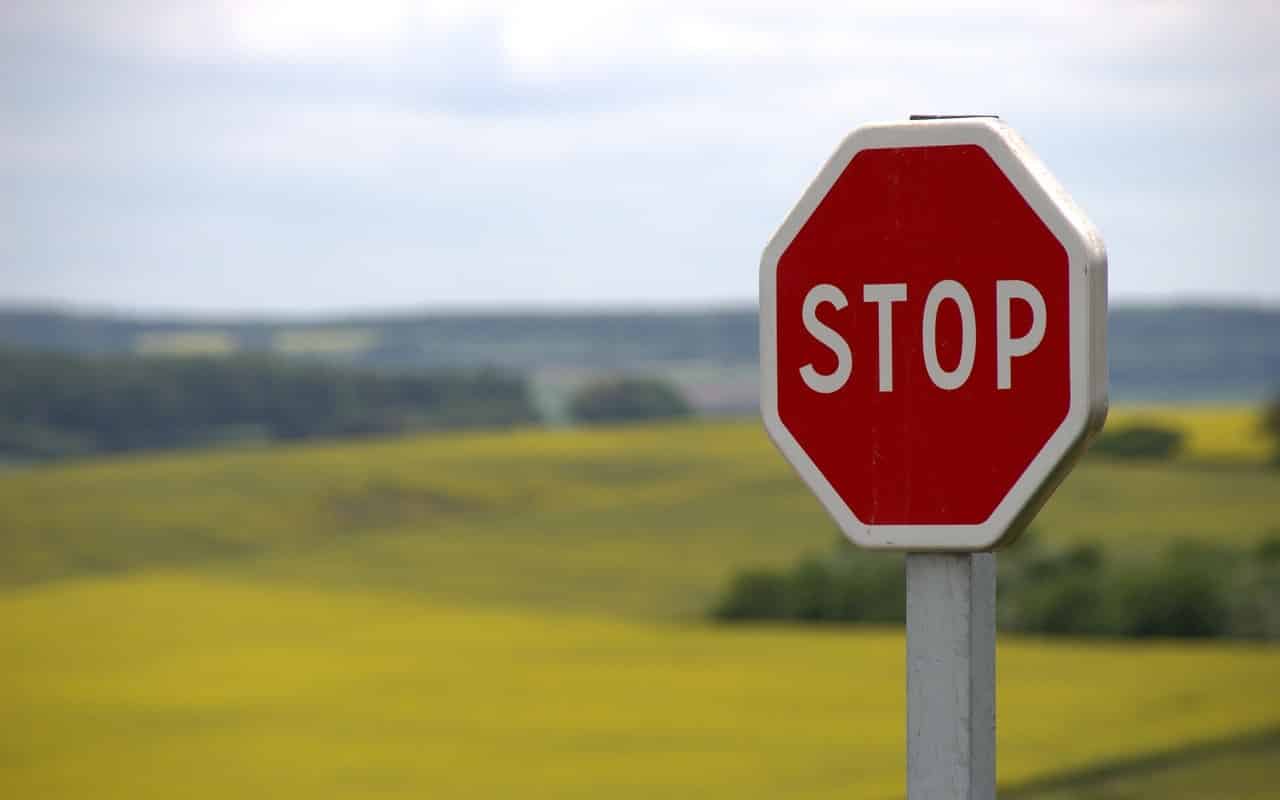 Red stop signs contain two elements that both signify the concept of ‘stop’. The first is the color red. Red primarily symbolizes danger. The brightness of the color draws our attention and indicates urgency.

Octagons in stop signs also help to indicate the concept of ‘stop’. This is a symbol that society has collectively agreed should symbolize stop. The daily repetition of seeing stop signs in our society has helped train all of us to see octagonal signs as ones that likely will symbolize stopping. 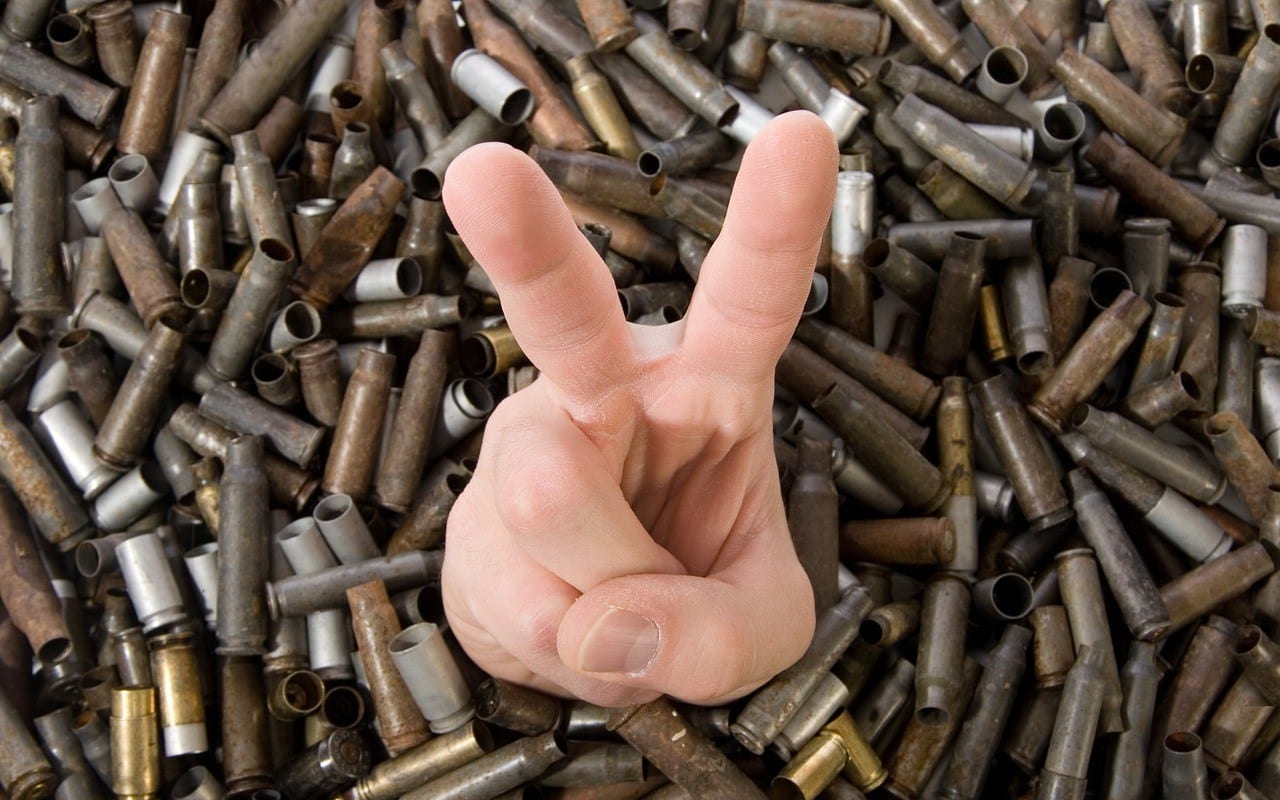 Most people in society would associate the V sign made with your hands (with your palm pointing outward) as a symbol of peace. This sign comes from World War II where influencers in British and French society used it as a rallying sign to symbolize Victory against the Axis.

The “V for Victory” campaign was promoted by Winston Churchill and British national broadcaster BBC.

This symbolism was co-opted by the anti-war counterculture during the Vietnam war in the 1960s. During this era, the symbolism of the V sign evolved from “victory” to “peace”. This is the dominant meaning we ascribe to this symbol today.

Examples of Symbolism in Literature and Poetry

Literature and poetry rely on symbolism to convey meaning. Symbols can evoke emotions in readers and create more enriching narratives.

1. Winter in The Lion, The Witch and The Wardrobe (by C.S Lewis) 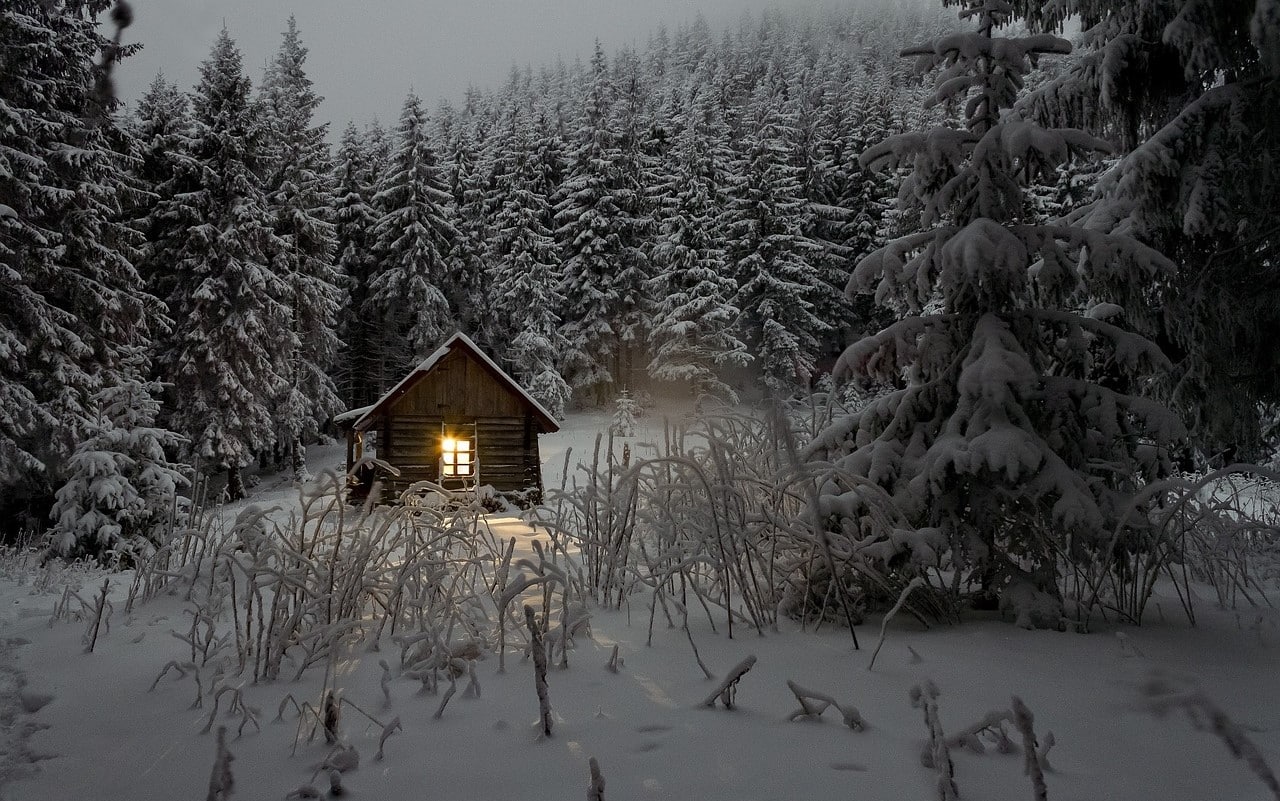 One of the strongest symbols in The Lion, The Witch and The Wardrobe by C.S Lewis is winter. When the children first enter the magical land of Narnia, snow covers the whole land. The endless winter is brought to the land by the White Witch.

In this book, winter is a symbol of sadness and suffering. Nothing can flourish or grow until the witch is banished from the land.

Fittingly, once the witch is defeated, spring comes to the new land, a symbol of renewal and happiness.

2. Paths in The Road Not Taken by Robert Frost 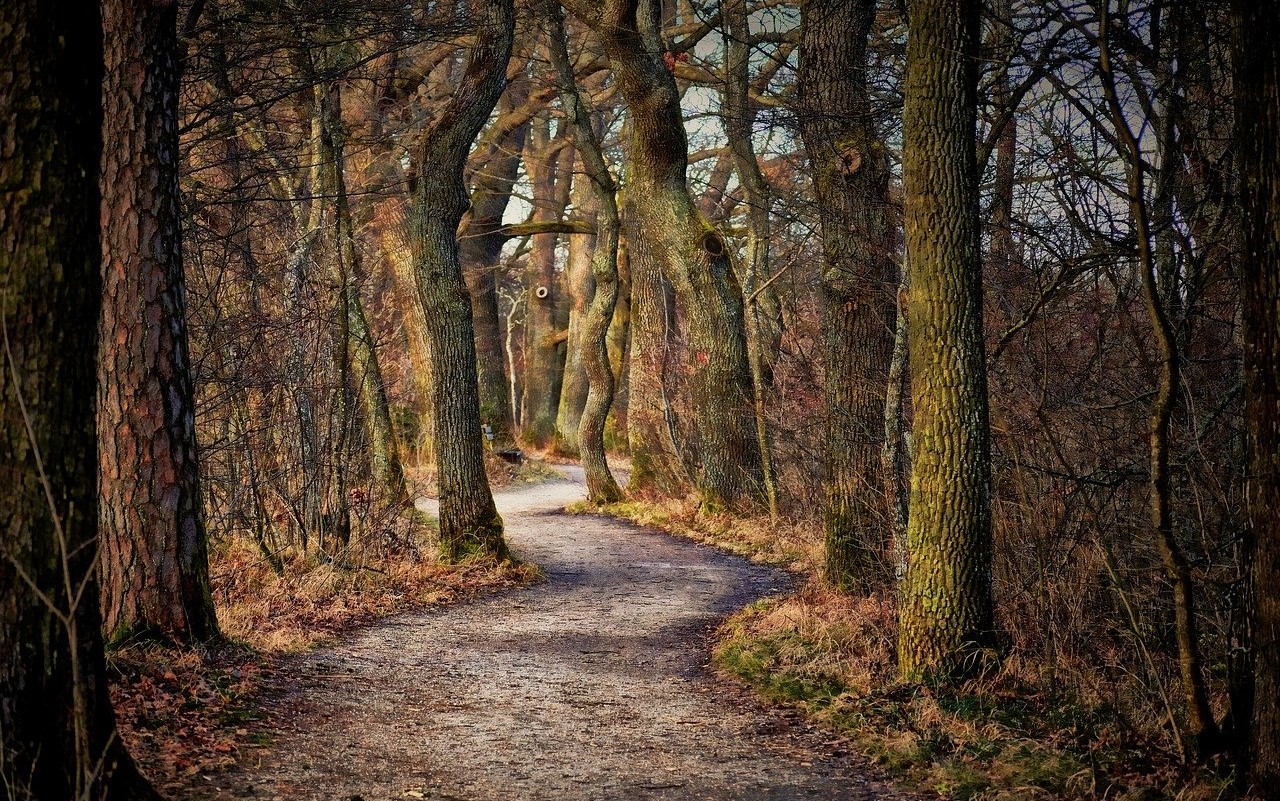 In Robert Frost’s famous The Road Not Taken poem, Frost talks about “two road diverged in a yellow wood”. These two roads are symbolic of the journey of life and the choices we must take in our lives.

At different stages in our lives, we will come across difficult choices, symbolized by the fork in the road in the poem. Frost speaks of the fact you cannot see where each path leads. So, there is always a risk in the choices we make.

The poem goes on to highlight how heavy our decisions can weigh on our minds. In the end, Frost decides to walk down “the path less travelled”. This path is symbolic of the importance of being bold and not following the crowd. This, the poem implies, will “make all the difference” in your life.

Examples of Symbolism in Religion 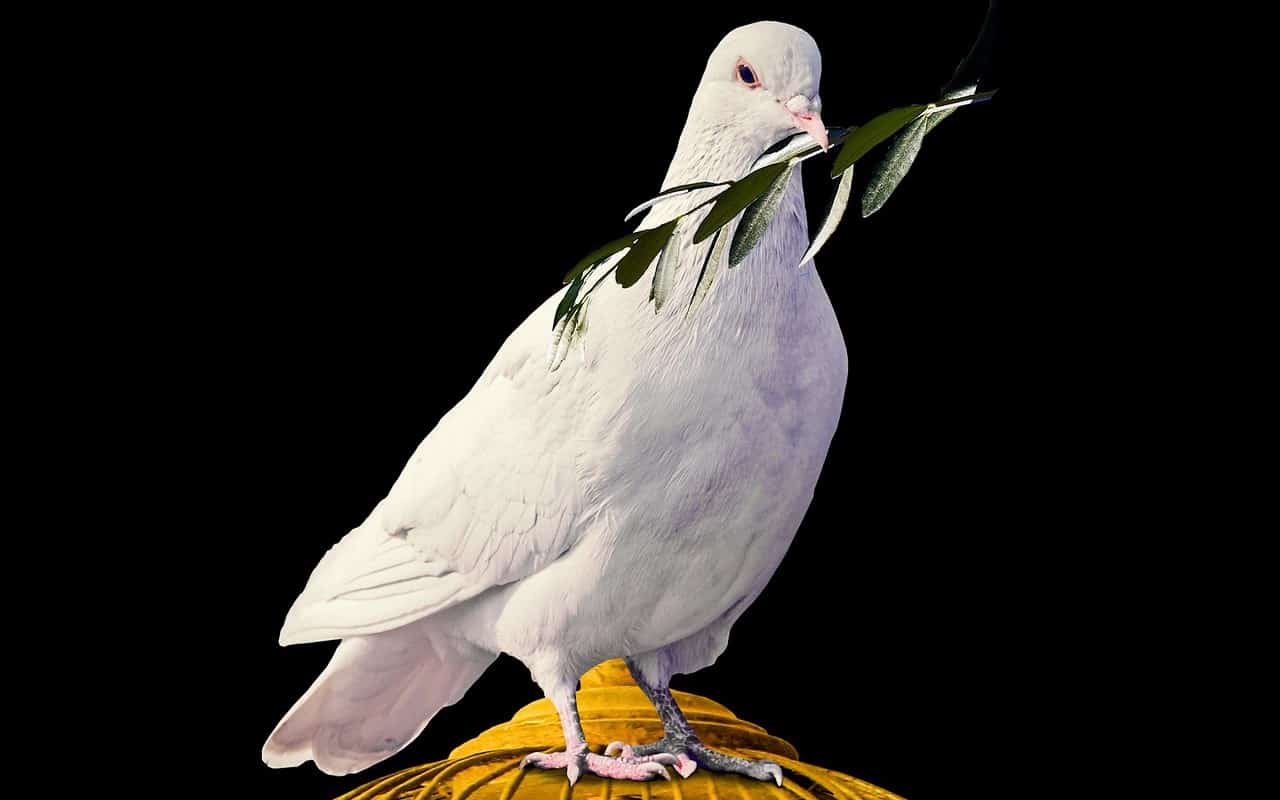 Christians use olive branches as a symbol of peace. This stems from Genesis 8:11 where a dove comes to Noah and hands him an olive branch. The branch shows Noah that the great flood has subsided and he can find land to start his new society.

Based on this story of the olive branch, Christians have come to associate olive branches with peace. The olive branch was a symbol from God to Noah that his flood had passed and peace would return to the land. 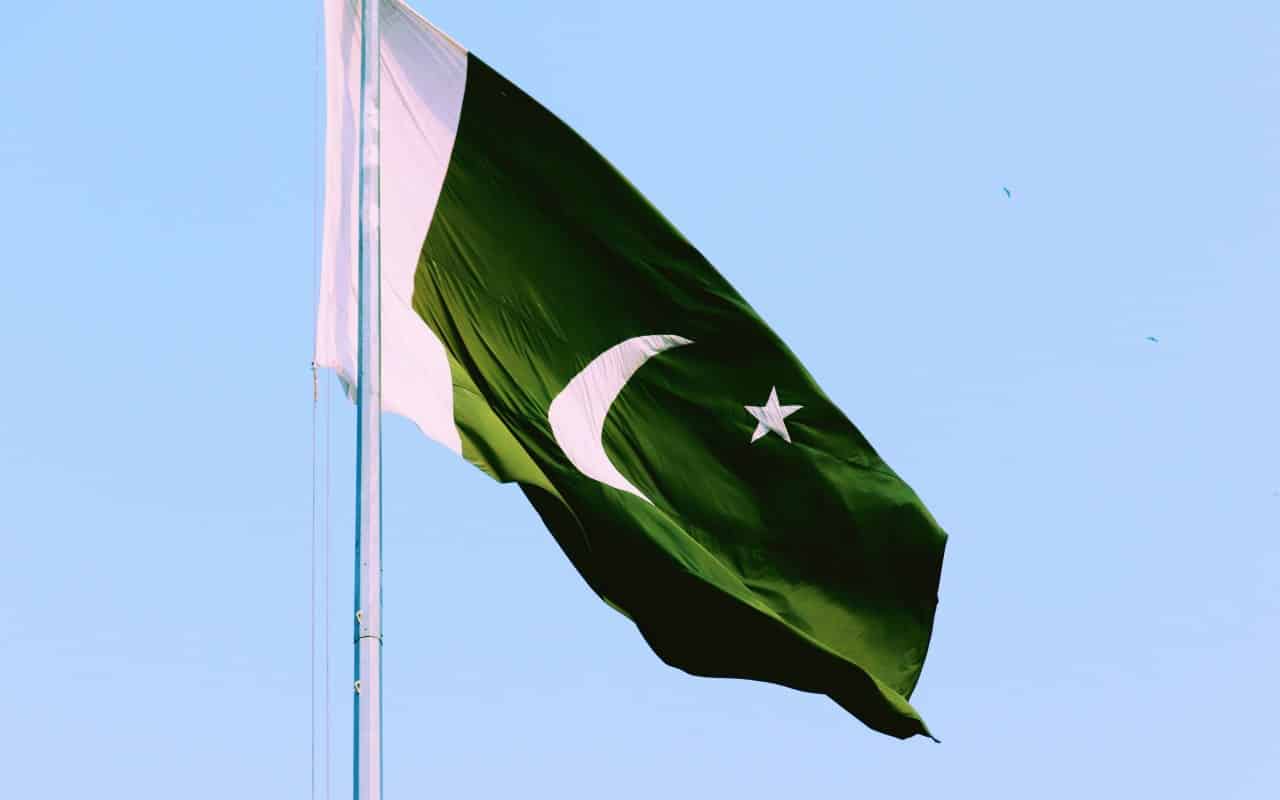 Green symbolizes paradise in Islam. This stems from a passage in the Quran which states that people in paradise wear “green garments of fine silk”. Green was also supposedly the favorite color of the prophet Mohammed.

Thus, you will often see green features prominently in the flags of many Islamic nations such as Pakistan, Iran, and Saudi Arabia.

Symbolism has also been significantly associated with nationalism for centuries. Early symbols of national and regional allegiance in Europe started with the coats of arms of royalty. Today, flags and local animals are used as symbols of national pride. Below are some examples. 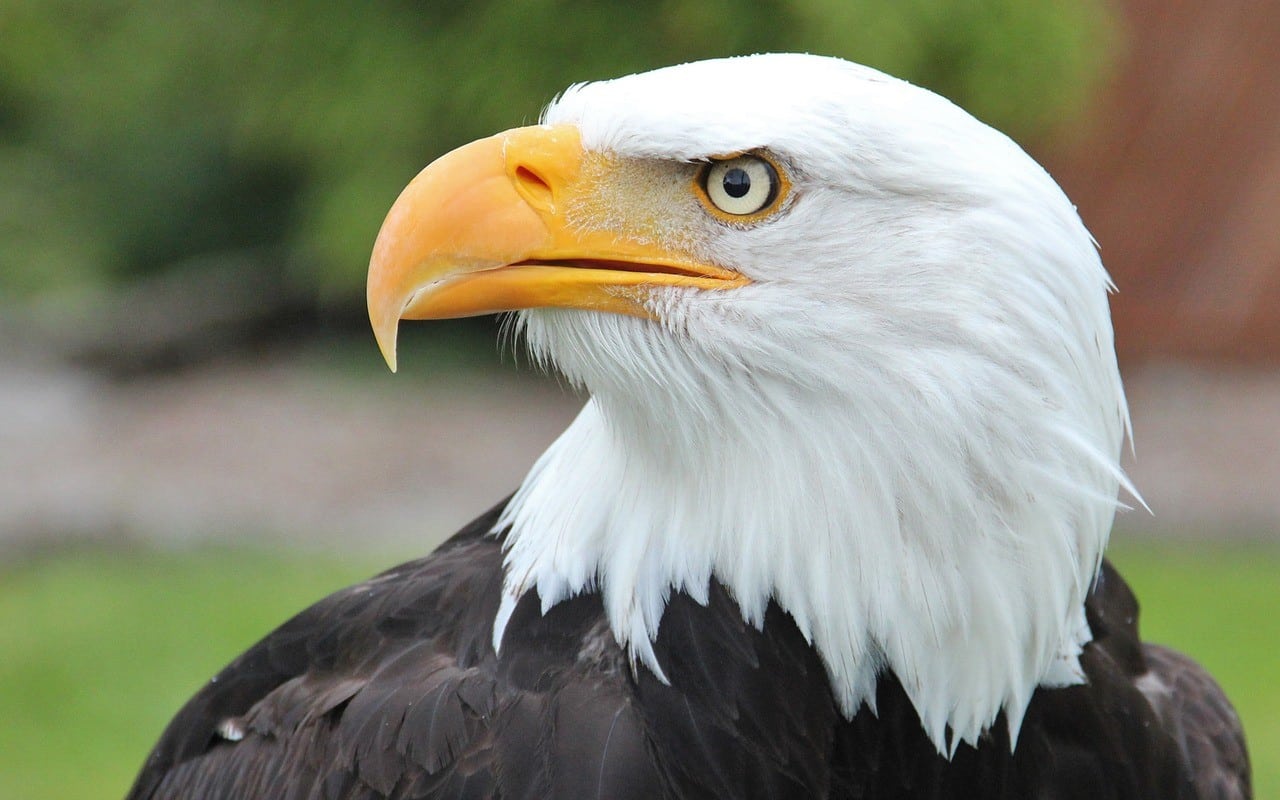 The bald eagle is a widely recognizable symbol of the United States.

As a powerful hunting animal, it represents the power of America. But the fact it flies majestically in the sky evokes notions of freedom, a concept associated with the founding of the United States as a nation freed from British persecution. 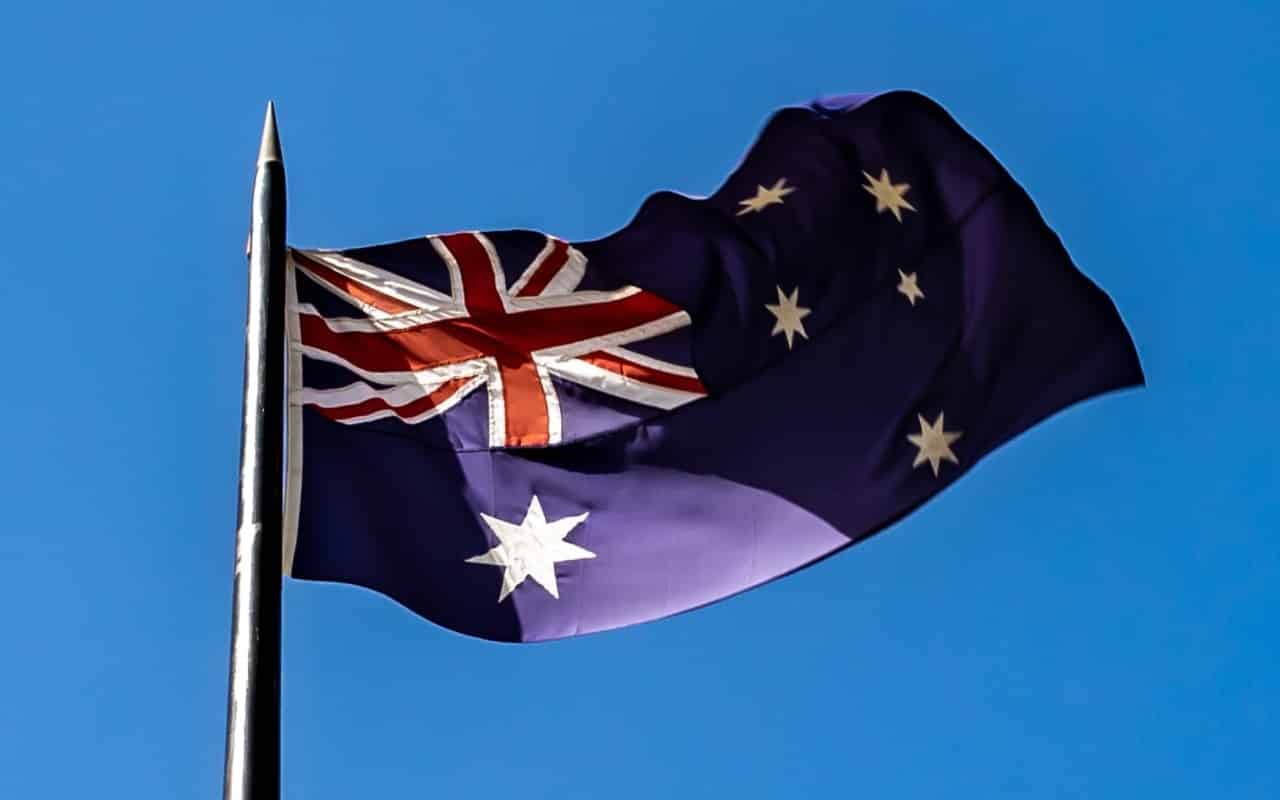 Australia and New Zealand both use the southern cross as a symbol of their nations. In fact, this symbol is even found on both nations’ national flags.

The southern cross is a star constellation that can only be seen from the southern hemisphere. Thus, Australians and New Zealanders used it as a differentiating factor from the British when the nations were British colonies. It signified their unique southern identity.

Today, you can find many Australians wearing the southern cross as a tattoo to symbolize their national pride. It is used both be left-wing unionists and right-wing nationalists as an identity symbol.

Examples of Symbolism in Mythology and Superstitions

Many superstitious people see symbolism all around them. They interpret symbols in their dreams as well as in the environment surrounding them. Here are some common examples of superstitious symbols.

In European folk lore, the black cat is considered an omen of bad luck. 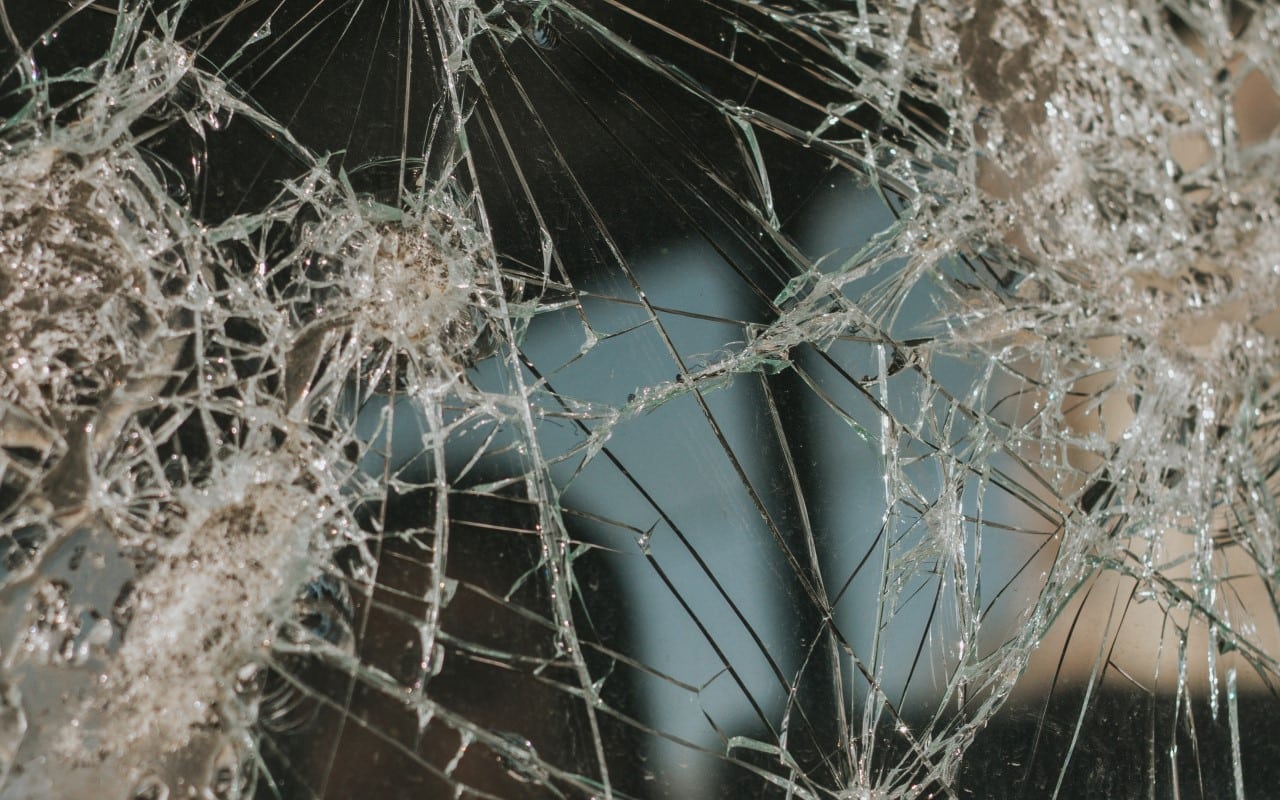 Broken mirrors have their own unique symbolism. According to folk lore, broken mirrors symbolize bad luck. If you look into a mirror when it breaks, you’re said to receive 7 years’ worth of bad luck.

This meaning stems all the way from the ancient Greeks to Chinese.

It likely stems from the idea that the mirror shows you your soul, and when you break the mirror, you trap your soul in the mirror.

But don’t worry – it’s not all bad! If you bury the shards of the mirror during a full moon, the bad luck is removed!

Comparison to Other Literary Devices

Symbolism is the use of symbols to represent things whereas metaphor is a figure of speech that draws comparisons between two things.

We use metaphors to demonstrate the features of something by comparing it to something with similar features.

An example of a metaphor is the saying: “The mountain is a wall”. The similarity between a mountain and a wall is that both are tall and impassable. Here, the author would use this metaphor to communicate the fact the mountain represents some form of boundary that cannot be crossed.

The unique feature of a metaphor is that it states that one thing is another thing, even though it is not. The metaphor is simply figurative language to communicate ideas.

Symbolism, on the other hand, does not draw comparisons between two things. Rather, it states that one symbol evokes feelings or thoughts about something else.

For example, St George’s cross is a symbol of England. There aren’t inherent metaphorical similarities between St George and England. Instead, you would need to know that the cross historically and culturally symbolizes the nation.

An allegory is a literary device. It involves the use of narratives that have hidden meanings that are often reveal deeper moral or ethical messages.

Symbolism is the use of symbols to represent things. You could use a symbol within an allegory, but in general, it doesn’t necessarily need to be a narrative. Rather, if something is symbolic, it has cultural meanings attached to it to allow you to interpret one object as representing something else.

Earlier in this article, we used the example of the poem The Road Not Taken. The poem as a whole is an allegory whereas the road in the poem is a symbol.

How to Deconstruct Symbolism in Texts

In order to deconstruct symbolic meanings in texts, we often turn to the methodologies developed by semiotic analysis. Semoiticians examine texts to identify the subtle meanings embedded within them.

Through this analysis, they can deconstruct the ways meanings and concepts move through cultures.

1. Use of Semiotic Analysis

A semiotic analysis of a text will look at the multiple ways symbolism is embedded in a text. Usually, we can deconstruct texts according to their modes of communication, including:

A semiotician would look at the features of a symbol to understand how and why it symbolizes something else. For example, they would look at the use of the color red in a stop sign and discuss how red represents danger, helping to bolster the strength and power of the symbol.

Since the 1980s, scholars have also highlighted the importance of cultural contexts in interpreting meanings embedded in texts. To acknowledge this turn in the analysis of symbolism, a school of thought called ‘social semiotics’ has emerged.

Social semiotics acknowledges the subjectivity in the possible interpretations of symbols.

To use the above example of the color red, a social semiotician would acknowledge that the color red represents danger only in certain contexts or situations. In other situations, such as in Chinese culture, red may symbolize luck and joy.

By taking a close look at historical, cultural, and even personal contexts, we can develop a more nuanced interpretation of symbols and how one object might symbolize different things to different people and in different contexts.

Symbolism is, put simply, the use of symbols to generate meanings. What’s most interesting, however, is that symbolism is a highly contextual meaning-making process. Different people will understand symbols in different ways.

In fact, there are entire media and cultural studies departments at universities who dedicate resources to exploring how symbols are generated and interpreted, and how those symbols help spread ideas through society.

While symbolism might appear to be a simple, innocuous way to communicate ideas, it has been a powerful device throughout history. Nations use symbols to unite people behind a collective identity, and brands spend multiple millions of dollars to generate and promote symbols to ensure a brand’s image becomes widely recognizable within a society.